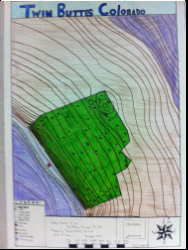 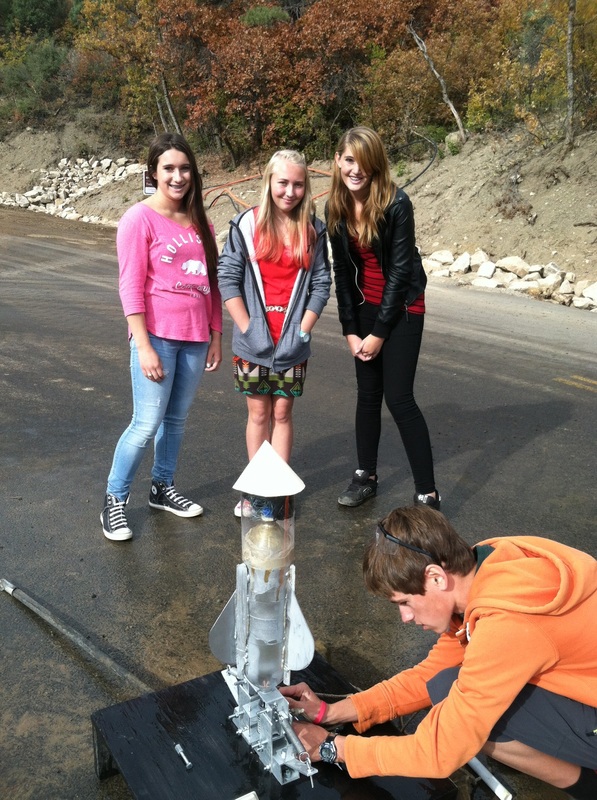 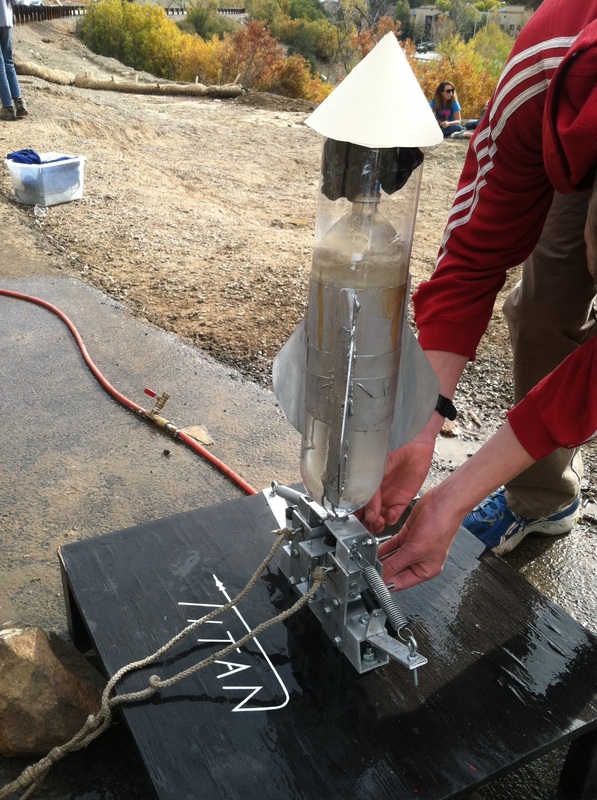 Day 1:
On the first day we started making our plans and design for the rocket.
This is all we did, we spent the whole class time thinking about what our
rocket would look like.

Day 2:
The second day we did the same, and started collecting supplies. Camryn brought
the bottles, Piper brought the plexi glass, and Hailey bought another bottle and
spray paint.

Day 3:
We had our first test launch and we decided not to launch our rocket because our
nose cone was not done yet. We started cutting and gluing bottles.

Day 5:
We drew our fin designs, and spray painted. Also we started designing our
nose cone to hold our parachute.

Day 6:
We cut and glued our fins on. We also made some modifications to the
designs.

Day 7:
We could only make our parachute because our fins were still drying.

Day 8:
We launched our rocket for the first time in our last text launch. We had a
successful launch and our parachute deployed.

Day 9:
Hailey went to the exhibition and successfully launched our rocket. It had a few
leaks but didn't explode on the launch pad. At exhibition we originally launched
it at 85 PSI and then a second time at 115 PSI and our rocket barely escaped
exploding the second time.

For our group exhibition went well in some ways and not so good in others,
our rocket did fly and the parachute deployed however it leaked on the launch pad
and seemed moments away from exploding. Our group didn't work very well because
it seemed that the work load was uneven, I worked mostly on the rocket and the
others in my group did the rocket logs. Also I was the only one of the three of
us who showed up to exhibition. If I could go back and change one thing about the
rocket project I would change how we glued our pressure chamber together and
make the epoxy more even so that it wouldn't leak. Also when we first shrunk
one of the bottles to fit inside the other we put it in the boiling water a
second too long and the bottle curled in on the edges which I think contributed
to the leak.

Some advice I would give to next years rocket builders would be to sand
where you epoxy really well and focus a lot on putting the pressure chamber
together. Also I would tell them to just have fun and enjoy the trial and error
process in building the rockets. In our rocket group we had the idea of rounding
the fins at the bottom  which I thought was original however the rest of our
rocket was pretty general which wasn't very ambitious in my opinion.  Overall I
think our rocket worked out well and I really enjoyed the project!

The max angle of our rocket, Comett277, was 39 degrees. Observers at a table 53 meters away measured the angle and provided the information to find the actual hang time. The max height was 42.918 and the hang time was 3.65s . Our average velocity was 6m/s. Also our theoretical flight time was 3.29 seconds. For percent error we divided the flight time by the theoretical then multiplied the answer by 100, our answer was 11%. Percent error is based off of the friction our parachute creates when deployed allowing our rocket to land safely with minimal damage.