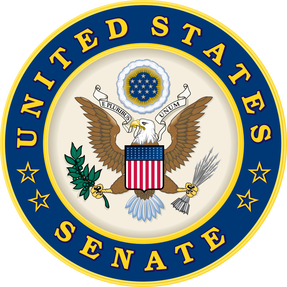 Fellow honorable senators. I Mike Lee, senator of Utah, would like to call your attention to bill number 2-2016, Full Expansion of Cap and Trade. In full belief in the free market, and that our economy is the most important aspect of decisions affecting our great nation, I urge you to vote no. This bill places sanctions on our loyal United States businesses eventually forcing them to other countries and pushing new businesses away.

By enforcing strict caps on the amount of emissions each company is allowed to produce puts undo stress on the way they have always operated. These businesses have always provided us with the products and materials that we need as American citizens to thrive. Also this bill proposes providing tax breaks and incentives to companies, this is unacceptable. Our government should not be required to shell out funds or provide tax breaks such as these. This is once again harming companies for operating as they always have. Any business should be able to make their own decisions on how they run themselves. This includes their emission amounts.
​
We should not pass this bill on the basis of protecting our economy in the interest of the American people. We don't want to harm the businesses we know and love that provide us with products that we use every day, vote against Bill number 2-2016.

I was a committee member for Model Senate, Republican Senator Mike Lee, representing Utah. As a committee member I was required to write a piece of legislation either by myself or with a partner, as well as write a speech, and work in committee on amending the bill for climate change. Something that I liked about being in this role was researching the far right opinion, I personally fall more in the middle of the political spectrum and it was interesting to me to delve into a different view point.


Advice that I would give to students doing model senate next year is to engage themselves. This project was really cool and had a lot of takeaways for the future but only if the student finds ways for themselves to truly engage. They should really focus on the legislation and truly try to embody their senator. I believe that the best way to get the most out of this project was to get into character, something that I wish I would have done a better job of. Make this project meaningful, there's a lot to be learned.


The hardest part of this project for me was writing the legislation. I have never written in the style needed for our bill and it was hard for me to figure out the right wording that conveyed what I wanted it to. I also had a hard time because my partner in writing the bill was absent for the whole writing procedure. I also found that I had a hard time writing my speech in the voice of my senator. His beliefs are very different than my own and it was hard for me to find a way to speak against a bill that promoted a lot of the changes I would personally like to see in the future.


During exhibition I was engaged however I didn't get a chance to speak or make a motion. I found it hard to get a word in with so many people attempting to speak. I enjoyed working in our sub-committees more because it was easier to speak and be more active in the process. I believe that the reason it was harder to be as actively engaged in the actual exhibition was simply the amount of people. However this more accurately showed how Senate must actually be, many people vying to get their points mentioned.


My stress level peaked two times during this project, both when writing the legislation and when writing my speech. When writing our bill I was very stressed about finishing on time. I think that this stress was warranted because it was a very important assignment and it pushed me to get everything I needed to done. The other part of this project that really stressed me out was writing my speech. I was having a really hard time writing my speech in the voice of my senator and also have really bad anxiety with public speaking. I would say that this stress was also warranted but to a much lesser extent. Because the climate change bill didn't pass out of committee I didn't have to present my speech at exhibition which helped with my stress a lot, however i think it would have been really interesting to talk about this bill on senate floor.

I will make sure that in the future I am not using too many commas creating a large amount of run on sentences. In my writing I often catch myself using a multitude of commas. Commas should be used to separate independent clauses to join them together instead of using the conjunctions: and, but, for, or, etc. However they should not be continually used in one sentence because this creates a sentence that runs on and is not grammatically correct. I will proofread my writing to make sure that I am not using commas to create run on sentences. Also when I am writing I will be sure that when I am about to use a comma that it is used correctly.

​ My eyelids drooped and the world seemed blurry to my tired eyes. I shuffled my feet trying to propel myself forward towards my next objective. My least favorite chore, the task of making onion rings loomed before me. I let the pans I needed slam into each other, clanging with my indignation. Across the kitchen my father looked on in disappointment. Half way through my shift and I had already excused myself to sit down between every food item I prepped. Putting on my gloves I began the arduous task of cutting the onions before me. Taking my time I eventually had a pan full of lopsided slices of onion. My eyes watered as I glared at the onions knowing I wasn't near done. Maybe now was a good time for a break? And with that I sat back down.

My parents have always been stretched a bit thin as far as work, owning a restaurant is difficult business. Employees came and went often, leaving us understaffed regularly. I thought nothing of it when I myself quit my job at the restaurant years prior. I always viewed this as part of the job, something my parents had signed up for and now had to deal with. It wasn't until my dad returned home one night at about midnight after staying late at the restaurant again. He had just finished his fourth double in a row. He looked almost defeated knowing he had to go in again the next day at 9 am. He hadn't had a day off in almost a month. For the first time I recognized the passion it took for both my mother and my father to continue working every day. Suddenly the restaurant mattered to me more than ever. So when they asked me to work for them again a week later, I accepted without second thought.

Three years later I'm back in the kitchen, but this time my first thought isn't when my next break is, or when I can sit down. My first day as a line cook is here, I surprised myself by accepting my family's job offer once again. What once felt like a burden is now an exciting new experience. Dropping my first basket of wings into the Broaster I feel proud of myself. Then the rush hits and everything descends quickly into chaos. Slowly we catch up; plates upon plates of food go out to the dining room and soon the night is coming to a close. My feet hurt so badly and my first time sitting down in 7 hours holds a rush of relief. However I feel oddly satisfied; I worked hard and everyone else working is impressed. We got through a busy night and instead of resenting the work, I loved it.

That summer I learned what it meant to work hard. I don't want to be one of the employees that I hear about so often, the ones that slack off and eventually fade out. I learned responsibility and grew into myself. I earned the respect of my co-workers, I am no longer just the owner's daughter. I am a girl that works hard and I am proud of what I do.

Discuss an accomplishment or event, formal or informal, that marked your transition from childhood to adulthood within your culture, community, or family. 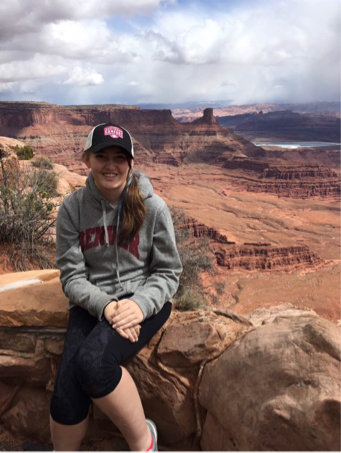